Ilva Taranto. Mud from the blast furnace sent to Cyprus to make concrete. Stories of waste material in Italy and further

Ilva Taranto. Mud from the blast furnace sent to Cyprus to make concrete. Stories of waste material in Italy and further

bylines Luciano Manna, translated by Alessia Melchiorre – (documents) Waste material from Ilva steel factory in Taranto has always been a great deal of business. The management of the plant periodically has to make a practical decision: to dispose of waste, while paying a considerable cost due to the quantities and to the specificity of the waste, or to classify it as a resource and therefore get paid to get rid of it. Both solutions are adopted but who or what decides if, for example, the mud of the blast furnace is waste to dispose or something to reuse in another production cycle? A simple chemical analysis states if dust or mud are classifiable as toxic waste or not dangerous to reuse in another production cycle. This is a crossroads and the decision is influenced by the analysis of men in labs. Here is the beginning of our story. 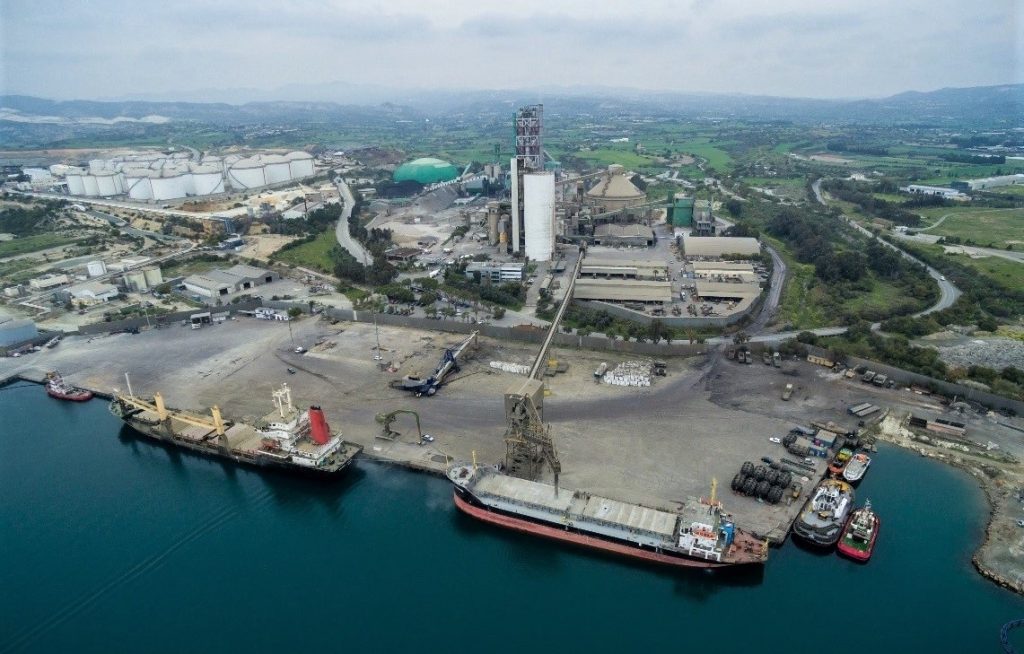 Waste disposal of the mud from the steel factory and the dust of blast furnace is regulated by the UP3 prescription of the Decree Law of 14th March 2014, the same decree for which Italy received a sentence by the European Court of Human Rights. The first two trips to Cyprus of mud and dust of the Ilva plants managed by ArcelorMittal happened between January and May 2020 via cross-border vehicle IT020525 authorised by the Province of Taranto for 15.000 tonnes of material.

With the executive order n.578 of 11/07/2019, the Province of Taranto authorized by the article 9 of the CE Regulation 1013/2006, the cross-border shipping of waste, for the transportation and the reclying through R5 operation at the plants of the Cypriot Vassiliko Cement Works Public Company ltd. A total quantity of 50.000 tonnes was sent with 15 ships to this society: the equal extent of 1852 movements of wheeled vehicles. The producer and the holder of the waste is ArcelorMittal Italia spa. ECO CIS s.r.l. of Livorno worked for the intermediation between the Province of Taranto and the Cypriot competent authority “Department of Environment of Cyprus – Nicosia”. The handling from the plants to the Port of Taranto will be carried out by the vehicles of Ecologica S.p.A. of Statte. This is what happens today but the waste management in the past years was not so simple.

A few years ago, since May 2015, the management tried to dispose this build-up of waste and dust stocked in the Mater Gratiae area, north of the plant, estimated around 500.000 tonnes, through routes to the port of Catania on the Eurocargo Livorno ship where the waste was disposed at the dump Cisma Ambiente of Melilli. The story didn’t end up well. The dump was already under investigation by the Public Prosecutor of Catania since 2012 and the Carabinieri of the Environmental Operational Unit and the investigation group on the organized crime of Guardia di Finanza seized the place in march 2017 for illegal trafficking of waste, extorsion and robbery, aggravated by the Mafia method. The dump managers were accounted as front men of Santapaola, a mafia family, and the head of the public prosecutor’s office, Carmelo Zuccaro, described it as “a pervert system of connivance and business between companies managed by Cosa Nostra and disloyal public administrators”. All the waste from the refineries of Gela, Milazzo, Priolo, from the Enel power stations in Sicily and from Ilva of Taranto. The waste was mixed up in the useless attempt of converting them into non-toxic and changing the CER code at the end of the illegal process.

How did the extraordinary administration of Ilva, under the scrupulous surveillance of the Environment Minister Gian Luca Galletti, close a contract of waste disposal of the Ilva plant with a pyramid of mafia men ending up in the net of Sicilian public prosecutors? A question never answered over the years. But we swear we heard Galletti saying that kind of waste transportation was perfectly legal.

Why this trafficking of industrial waste represents still today the failure of Italian politics in the complex matter and management of the Ilva plants of Taranto?

That’s easy. The Ilva plants which ArcelorMittal has been managing for over two years now, since November 2018, filled the capacity of toxic and non-toxic waste dumps, the same ones which are being used thanks to the so-called “Save Ilva” decrees. Right, those decrees which were sentenced by CEDU. The regulations, imposed by the Environmental Authorization (AIA) of 2012, had to be applied by 2015 but never were completely; so the process schedule was changed by the Decree Law of 14th march 2014; but even these new deadlines were not met due to delays and defaults and everything was postponed until 2023 with a new decree law. Even Satan should learn those new evil methods. The 2012 “Save Ilva” Decree Law imposed regulations to apply by 2015; those same regulations were postponed until 2013 with a new Decree Law in 2017. Is there any better strongbox than a decree law that undermines the action of the Public Prosecutor of Taranto? In fact, the first “Save Ilva” decree was contested by the Public Prosecutor who in July 2012 seized the hot working area of the Ilva plant. The prosecutor seizure but the Italian government allowed the functioning of the plants through an administration deed in a decree turning into law. We know how this ended. The constitutional court declared constitutional that decree in April 2013 as long as the Environmental Authorization (AIA) was applied. We know how things happened and we already told them. Those regulations were never completely applied and have been postponed until 2023.

The 24th January 2019 the European Court of Human Rights recognized the responsibilities of Italy, guilty of generating a context of sanitary and environmental criticism suffered by the citizens of Taranto and caused by the steel factory of Ilva, today managed by ArcelorMittal since November 2018. They violated the articles 8 and 13 of the European convention of Human Rights, respectively the “Right to respect private and family life” and the “Right to an effective appeal”. According to the Court, countries are actively obliged to regulate dangerous activities referring to the specificity of the activities and the resulting risk. This regulation has to discipline the authorization, the functioning, the safety of the activities, as well as to impose the adoption of practical measures to protect the citizens exposed to the dangers of these activities.

The Court highlighted that the Italian government intervened on many occasions through urgent regulatory measures (e.g. the “Save Ilva” decrees which became laws) to allow the prosecution of the activities of the steel factory. This happened in spite of the existence of dangerous risks for the health and the environment, based upon chemical and epidemiological evidences, while granting administrative and penal immunity to those who should conform to the environmental requisites.

The Court can’t but verify the situation of environmental pollution that puts at risk the health of the population living in the interested area and that the national authorities did not take the necessary measures to protect effectively the right of the people to a private life. Italy must identify the general measures to eliminate any consequences as much effectively as possible.

We must remember that the waste from Ilva steel factory reached and are still reaching everywhere in Italy. We remember that the mud produced by the organic treatment of the waters from the coking plant (CER code 190812) arrive in Ostuni (BR) and in Crotone; in Nocera Inferiore (SA) the tyres are stocked in a seized area of Ilva; the oily waters produced by the separation between oil and water, waste waters from the drainage canals of the plant (CER Code 130507) arrive in Modugno (BA); and as said the mud and dust of the steel work and blast furnace arrive in Melilli (SR). Today we find a company from Trepuzzi and another from Genova managing the dust in the area of the ESP and MEEP filters. But this is another story.

And how does this dirty story end? The waste disposal from the Ilva steel factory and the blast furnace had to be completed by December 2020 but the Special Commissioners of ILVA S.p.A. requested the meeting of regional authorities to postpone until 23rd of August 2023 because this process requires the authorization of the Province of Taranto.

A perfect institutional bouce back to keep on violating the law. The moral of the story is: the waste which was disposed by sicilian mafia-related families (the Santapaolas), is transported to Cyprus today to make concrete and obviously all is legal.